VICINITY paths its way through Standardization and Platforms

VICINITY paths its way through Standardization and Platforms 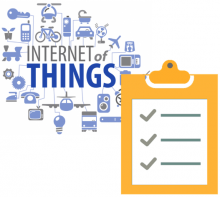 VICINITY Pilots will be set up in the domains of eHealth, Smart Transport, Smart Energy and Smart Parking. Recommendations on standards are described in detail in VICINITY Deliverable D2.1 – "Analysis of Standardisation Context and Recommendations for Standards Involvement". Standards recommendations are divided into two parts:

The first covers standards groups in which VICINITY partners are actively involved and will contribute:

The second group covers standards groups that will be monitored during the lifetime of the project:

Comparison of SW/HW platforms for the IoT gateway

Towards achieving interoperability at lower, device level VICINITY has been considered one of the following IoT software frameworks:

To meet the requirements for an IoT Hardware Platform, the following candidates have been considered:

A final decision on which platform to use will be made after the requirements of the VICINITY pilot sites are identified.