The primary aim of the VICINITY project is to provide the owners of connected IoT infrastructures with a decentralized interoperability. The concept of decentralism is expressed by the fact that the platform includes neither central operator roles, nor central databases to store sensitive data about users. Instead of that, it connects different smart objects into a “social network” called virtual neighbourhood where infrastructure owners keep under control their shared devices and data thanks to web based operator console called VICINITY neighbourhood manager (VNM). Guest IoT infrastructures, VICINITY enabled services as well as the VICINITY auto-discovery space are connected to a VICINITY interoperability gateway using the same VICINITY gateway API. 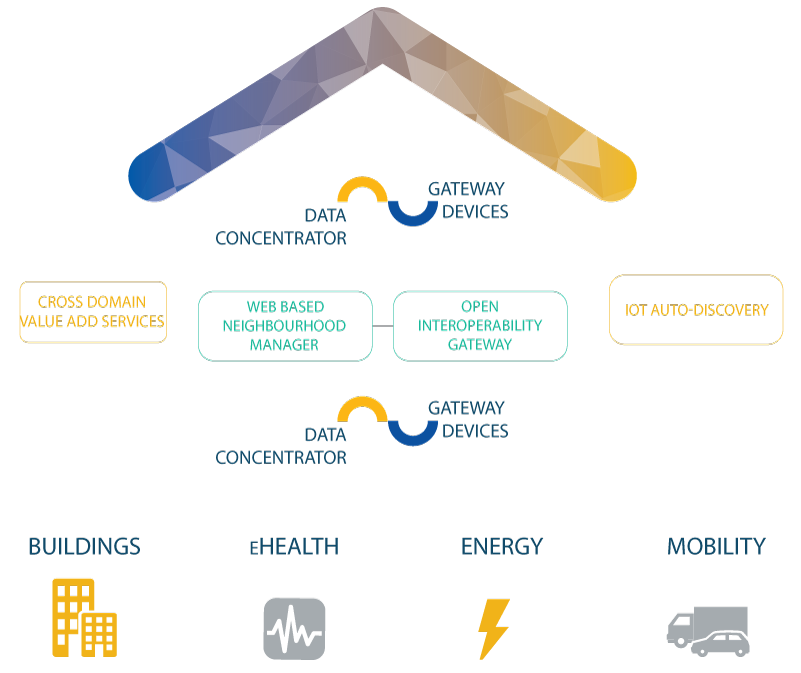 Using the VNM the user can control which of his/her IoT asset is shared with whom and to which extent. To get connected to the VICINITY platform, the users are provided with the VICINITY open interoperability gateway. More specifically, the integration to VICINITY can happen on:

Once an IoT infrastructure is connected to VICINITY platform, the traditional IoT value chains become unlocked. It opens the doors toward seamless interoperability between IoT islands present in the current IoT landscape and enables the exploitation of independent value added services including various cross domain IoT applications.