The present document is the deliverable D3.4 “Open interoperability Gateway API, final version” of the VICINITY project, funded by the European Commission’s Directorate-General for Research and Innovation (DG RTD), under its Horizon 2020 Research and Innovation Programme (H2020). The deliverable D3.1 is a part of the WP3 VICINITY server implementation.

Regarding the architecture of the VICINITY project, the VICINITY Open Gateway API provides endpoints for interaction among devices/ services and acts as a gateway to XMPP based P2P network (Figure). It also enforces the authorisation rules defined in the VICINITY Neighbourhood database and stored in the Communication Server and encrypts information exchanged within P2P network.

The facilitated messages needs to be JSON complaint messages. 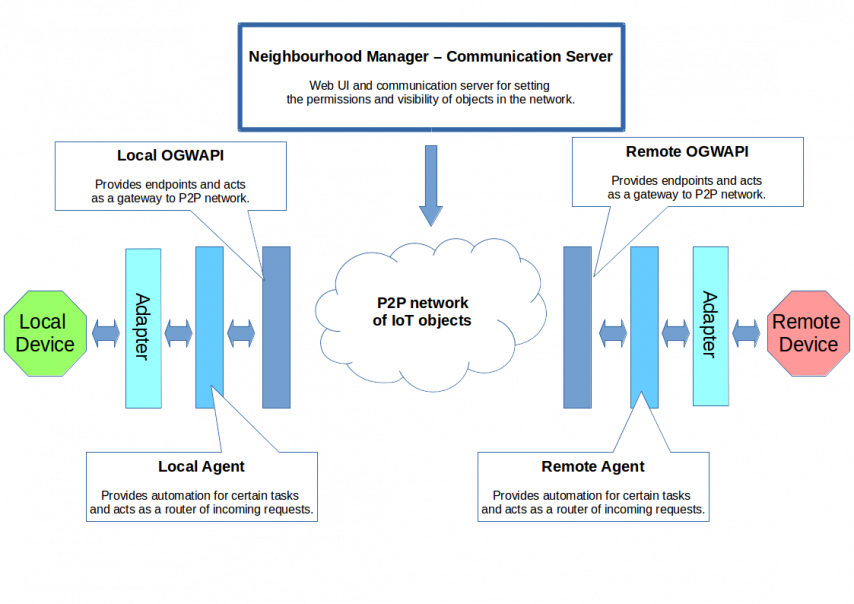